What is Spooking us this Halloween? Trick or treat, bags of sweets, demons are walking down the street!

In the UK, one demon that will not be roaming the streets is a hard Brexit following the extension. This has paved the way to a General Election in the festive season. One demon in the UK that has been stalking the European and USA markets will be in the financial news. The opposition party is resurrecting the alchemy of financial taxation, and this could blast an icy chill into the Christmas season if an upset at the polls occurs.

At Halloween, one of the more unpopular ghouls would be a Candy Tax, and in financial markets, the concept of a Financial Transaction Tax (FTT) is haunting not just the UK. The European Commission initially proposed a European wide FTT in September 2011. As a Europe wide tax, it would raise some EUR 57billions but was ruled out in 2012 when just 11 of the 28 EU countries requested enhanced cooperation to achieve the tax.

The number of countries recently pushing ahead is 10 with France and Italy having already initiated a partial FTT, and the 10 would raise about EUR 35billions. The debate continues amongst the Finance Ministers, and implementation could emerge in 2020. In the US, with an election in 2020, the demon known as the Tobin Tax (a US FTT proposal) is also rearing its head after a long sleep. Someone will have to pick up the bill depending on the nature of their involvement in markets, but financial firms and investors will face increased costs, and liquidity (not just of the festive imbibing sort) will be hit.

With a nod to a Christmas and Dickens’ Scrooge, we also have three regulatory ghosts roaming the dark and stormy night. The Ghost of EU Regulation past, EU Regulation present and EU Regulation Yet to Come especially with the prospect of MiFID III a question of when rather than if.

The ghost of the past is regulatory reporting and following fines from the CFTC in the US for misreporting of swaps, and the EU has been spooking financial markets regarding data quality. As noted by Christophe Bonnet head of the data-driven supervision unit at the French AMF –

“Most of the time it is IT issues, they don’t have the right information, and they are not able to provide the data on time, or they changed something in their IT system, and it caused errors on their reporting”.

He further noted that the problems compounded when multiple systems were involved. At Eurobase, we have been looking at the benefits of a Combined Treasury Management System and identified this as one of the problems we can help overcome. For more info on this pop over to https://www.eurobase.com/treasury-trading-sales. You will be in for a treat!

The regulatory ghost of the present is Germany pushing for changes less than two years after MiFID II haunted financial institutions. Following a consultation in which banks and others blamed the complex rulebook for hitting revenues, generating costs and harming rather than protecting clients, a significant change could be on the horizon, but will it be a treat? As Tilman Lueder, head of securities markets at the EU commission stated – “MiFID is man-made, so MiFID cannot be perfect. Obviously, there is always room for improvement.” Therefore, we can look forward to seeing what this overhaul will look like.

Finally, the ghost yet to come is SFTR, which has global implications for financial institutions and will affect any firm that has an EU presence. With an April 2020 deadline, it is really time to be ramping up preparations for this complex beast. The fact that SFTR does not only focus on the transactions but also on the underlying collateral makes compliance a massive undertaking. Securities financing transactions are at the core of financial markets and the number of firms affected is going to be over 10,000 as every firm is affected according to ESMA. SFTR is going to need a lot of candy as the midnight oil is burnt in preparation for five months’ time.

So, Happy Halloween, keep calm, trick or treat and carry on, and remember if the TMS broom fits – it will help you fly past obstacles the ghouls and goblins have set. 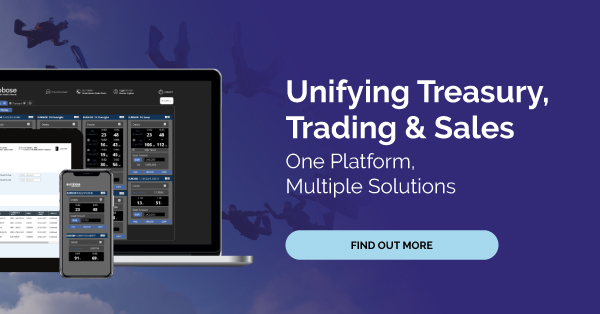 The loosening of the regulatory noose…

Increasing pressure from regulatory bodies, in addition to the need for stronger MIS and balance sheet control is driving a ...
Start Reading
David Woolcock 01-May-2019 15:30:50 8 min read

Something is stirring in the platform world - Is an old concept re-emerging?

Delving beyond the world of algo’s/AI, the drive for ever faster speeds and platform consolidation is potentially the return of ...
Start Reading