An alarming thought for attendees at the forthcoming International Banking Conference 2017 hosted by the Association of Foreign Banks.

In the FT today comes the news that UK branches of foreign banks will have to adhere to whistleblowing rules that allow staff to voice concerns to City watchdogs without having to tell their employers.

END_OF_DOCUMENT_TOKEN_TO_BE_REPLACED

Is FX MiFIR reporting getting any clearer?

MiFID II and MiFIR in the foreign exchange world have generated much confusion. It feels like the regulations are shoehorning the FX market into regulations that are not ideal for the purpose.

END_OF_DOCUMENT_TOKEN_TO_BE_REPLACED

MiFID II exposes the need for a regulatory reporting solution

“MiFID II and MiFIR will change the way banks around the world do business —particularly with respect to the scope of data, communications formats and records that must be maintained.” -Bloomberg

Responding efficiently to the dramatic changes that MiFID II will bring in January 2018 is key to ensuring your organisation continues to succeed and remains profitable. As a bank or branch/subsidiary regulated by a European regulatory authority and operating in the EU, your bank is subject to MiFID II in general terms. MiFID II covers nearly all instruments (e.g. including Forward FX) except for most Spot FX. The confusion regarding the definition and whether spot FX is in or out has been clarified to some extent and relies mainly on the T+2 (smaller currencies up to T+5) and “physically settled” definitions.

END_OF_DOCUMENT_TOKEN_TO_BE_REPLACED

Achieving the required transparency for regulatory reform in banking

In today’s banking industry many organisations are finding it increasingly challenging to meet the transparency requirements imposed on them. It arguably feels like a fusillade of bullets coming from all sides. Central banks, regulators, internal requirements, auditors, and others, are all imposing their own compliance and risk practices, to which banks must adhere or face the consequences and potentially pay a hefty price in regulatory fines.

END_OF_DOCUMENT_TOKEN_TO_BE_REPLACED 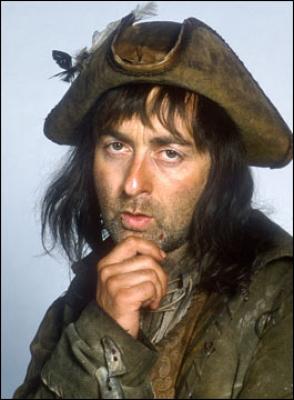 Some good news and a cunning plan for the weekend...

It is heartening to see at last some good news on the regulatory front in Europe. It is now widely expected that the European Parliament and Commission will move to postpone the entry in force of the PRIIPs Regulation by 12 months. This will bring the timing in line with MiFID II. If all goes well the “cunning plan” will move the date of application to 31 December 2017.