I recently had the pleasure of joining colleagues from across the world of insurance, technology and risk capital in attending the Insider Conference on InsurTech.

InsurTech is a broad concept, and the conference was suitably broad in scope, ranging from Blockchain to community-bought pet insurance with a stop on the way to discuss the technology-based heritage of ILS.

It was understandable that at times things seemed “personal-lines” centric given that the majority of startups have focused on the distribution chain, but it was easy enough to join the dots and understand how this will ultimately affect the London Market and Reinsurers. Put simply: if the way that underlying policies are bought, the data on which they are underwritten and the manner and time in which claims are handled all change significantly, how can that not alter the reinsurance that ultimately protects them?

It’s certainly clear that everyone agrees the “disruption” is already moving from personal lines to Commercial SME markets, and from there it will only get closer to the Reinsurance and Specialty markets.

What might this change look like for the insurance industry? I believe there will be two main changes – an increase in the cross-class variability of data and a significant procedural change in the collection of (retro)ceded recoveries.

With respect to data, it’s a truism that data captured for reinsurance contracts doesn’t change very much across lines of business: a Quota Share protecting a Marine Account will look much more similar to a Quota Share protecting a Property Account than the underlying policies on each account will look. It’s easier as a solutions provider to “know the line of business” and anticipate what your customers want.

But is that relative homogeneity sustainable in a big-data world?

Will the increase in smart devices in homes lead to changes in the data Reinsurance Underwriters want to capture?

The nature of data is already changing the nature of risk – smart homes are ameliorating some property risk while the connection of devices into the Internet of Things that make homes and cars and TVs "smart" is changing and expanding cyber threat. Will changed data change the nature of triggers? Will we start to see parametric type triggers in additional lines of business? If you’re currently reinsuring personal lines, will traditional reinsurance contracts be appropriate in the world of on-demand, micro or atomised insurances that the likes of Slice, Trove and Bought by Many are providing? If these are questions more pertinent to reinsurers of personal lines right now, the likelihood is these issues will reach the larger commercial and specialty lines reinsurers soon enough.

The procedural change I envisage stems from a comment made by Jeff Greenburg of Aquiline Capital, the first speaker of the day, who for my money made the standout statement of the conference: that thanks to technology the time and the cost of purchasing a share on a stock exchange are both approaching zero. Put this alongside Lemonade paying a claim in 3 seconds with their AI Claims Handling and it’s easy to envisage a world where near-immediate claims settlements are regular, if not the norm.

Again, this is something that will likely impact personal lines first and migrate quite swiftly to SME Commercial (both markets where the impact on the claimants’ cashflow is likely to make speed of settlement a competitive differentiator amongst insurers). If AI increases the speed of claims handling and advancements in pay technology (such as Apple recently announcing at the WWDC increases the speed of claim settlement) then a monthly reinsurance process – the dreaded monthly close – doesn’t seem sustainable due to the impact on the primary insurer’s own cashflow.

It may be that cash-calls become volume rather than amount based, or loss-funds become standard on all contract types, or that all reinsurance accounting becomes ad-hoc rather than monthly or quarterly. But in a world where a smart sensor (and it could equally be on an oil rig or a satellite as on the wall of a living room) can send data about a claim as it’s happening, and that can be analysed and agreed by an AI Claim Algorithm near-immediately, a monthly or quarterly reinsurance close will quickly look archaic. When that moment comes, a system that can not only underwrite your inwards risk but also accrue all your ceded reinsurance recoveries and costs nightly (or whenever is convenient) is going to look mighty attractive.

This is a lot to chew on, and I haven’t even mentioned Blockchain (a subject for another day and another reason why I believe that the monthly close is doomed). But it’s clear that change is coming, and at Eurobase we are thinking about what it will look like to ensure that when it arrives, you are ready for it. 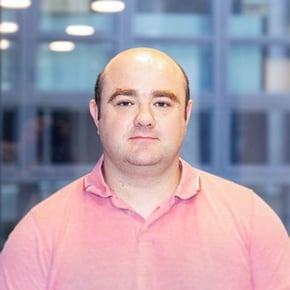 Solvency II and your systems – part 1

In Europe and also in the United States, Solvency II is going to impact heavily on the level of financial information that ...
Start Reading
Kathryn Emerson 09-May-2016 10:00:00 2 min read

Are you ready for C Day?

The aptly named (by Eurobase) C Day, or Complaints Day, was June 30th 2016.  I’m sure you are already fully aware that the ...
Start Reading