What is the correct price for your dollars, euro’s, yen and sterling (plastic or otherwise!) – a controversy swirls………………. 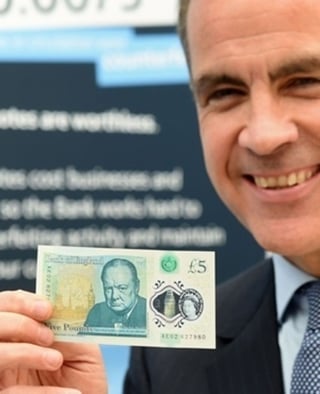 While newspapers mull over the release of a plastic fiver, (the UK’s five pound note for my foreign readers’ edification), issued on Tuesday this week (13th September) an article in the London Times has stirred up an old controversy. For all the regulation that exists and is proposed it is still being debated “what is the fair price for cross border payments”?

According to some research and as reported in the Times - “Small companies are losing billions of pounds in hidden bank fees for exchanging currencies, according to a study by Capital Economics. Exchange rate mark-ups on international payments charged to small and medium-sized businesses add up to £4.1 billion, equivalent to £755 for every small company, the research found. Smaller organisations lost almost ten times as much as big business and the cumulative bill has risen significantly over the past six years, with losses of about £3 billion for small and medium-sized businesses in 2010. The government made an election pledge to end hidden fees on foreign currency.”

The implication in the article being that banks unfairly discriminate in their charging structures against SME’s and unsophisticated users of their foreign exchange services. That may or may not be the case depending on which bank or type of market participant you happen to transact your business with but one thing is for sure the rise of “shadow banks” and aggressive FinTech companies have shone a spotlight into this sometimes opaque part of the banking industry. Now, more than ever, the ability to show transparency around the fee structures alongside dynamic current exchange rates will equip businesses in these markets for the competitive and regulatory scrutiny ahead.

The London Times article can be accessed in full from their website - http://www.thetimes.co.uk/edition/business/hidden-foreign-currency-fees-cost-small-businesses-billions-wvf6hk9hx