With another 3 months still to go, 2016 has already been quite an eventful year. The renewal season was kicked off with the pre-Rendezvous AM Best Reinsurance outlook. Some of the issues covered were woven like a red thread throughout the Monte Carlo Rendezvous, the Guernsey ILS roundtable and will certainly be discussed during other events such as the ECF in Luxembourg in November this year.

The challenges for Reinsurance Solutions raised in both events were:

On the positive side it could certainly be noted that the last couple of years have resulted in very good technical results. A stagnant expense ratio has led to combined ratios of less than 100% - although the continuous release of reserves from previous years by a lot of the carriers does leave room for speculation.

According to a study carried out by the St. Gallen University, Switzerland and by major players during the Monte Carlo Rendezvous 2016, alternative capital could grow as much as double its current size within the next 5 years and will grow mainly in the Fully Collateralised Reinsurance Sector.

Investors such as pension and hedge funds have come a long way since the inception of ILS in 1996. From initial commitment to accepting trigger based NAT CAT risks, investors today are comfortable with the concept of indemnity and ready to invest their capital more long-term. This enables them to accept risk in medium tail lines of business and even L&H insurance such as longevity risk.

One aspect discussed during the Munich Re round table in Monte Carlo is that alternative capital is no longer seen as threat by the traditional reinsurance market. Instead, it is seen as a useful and complementary addition to the market. Ultimately, what counts is the cost of capital and what investors expect as a return on investment by taking which amount of risk. There was a lot of discussion about possible change. Areas discussed ranged from providing the end-user with more appropriate cover for risks, such as: cyber, terrorism and supply chain. Also looking at overhead expenses in excess of 30% which could be reduced by making data capture, data processing and data transmission more effective.

Whilst in Monte Carlo the subjects of Solvency II, BEPS and employee benefits were hardly touched. Yet they were certainly part of the discussions held during the Guernsey ILS Round Table in London on the 21st of September 2016. Bringing employee benefits into captives will also be a hot topic in Luxembourg. Traditionally based in the HR department, employee benefits are now increasingly looked at to be included into the captive portfolio. Not only from the aspect of diversification but also from a data control and risk management aspect. The two excellent panel discussions were moderated by Journalist and ITV newsreader Alastair Stewart and the fact that most panellists had been to the Monte Carlo Rendezvous was extremely beneficial as the discussions held there were enhanced in London.

It will be very interesting to continue the discussions on these hot topics for captives. Solvency II and BEPS are remaining prevalent in 2016 and employee benefits is certainly one which is gaining priority. More on this at ECF in Luxembourg in November. Subscribe to our blog today to learn first-hand about these subjects and more, and the impact on your business. 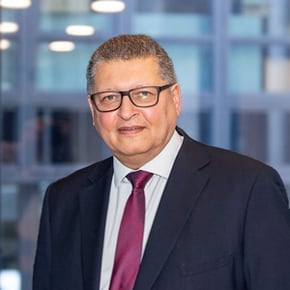 Solvency II and your systems – part 1

In Europe and also in the United States, Solvency II is going to impact heavily on the level of financial information that ...
Start Reading
Kevin Richmond 16-May-2011 11:16:00 3 min read

In our previous blog, we discussed some of the Solvency II challenges to regulators and carriers. Following on from this entry, ...
Start Reading
Kevin Richmond 01-Aug-2016 11:36:49 4 min read

Two recent articles in the Guardian, both covering the post Brexit situation, got me thinking about the impact so far of the ...
Start Reading