The Model Code is a set of technical and ethical guidelines, which cover the professional activities of ACI’s 13,000 global members operating within the OTC markets. The new Code was presented to the ACI International President by David Woolcock, Global Head of Sales & Business Development at Eurobase and also chair of the Committee for Professionalism (CFP), responsible for advising the ACI Executive Board. David is also the Vice-Chair of the FX Committee which in concert with regulators and other FXC’s work to promote a common global, orderly and transparent FX market and to lobby on regulatory issues as required.
The launch of the New Model Code was endorsed by the European Central Bank in a letter of support and the theme of the evening was “My Word is my Bond”. Featuring an edited video from the opening of the Olympics in which HM the Queen is shown editing the final document and then flies with Bond by helicopter to the launch with a “real life” Bond rushing in to the auditorium to deliver it, it brings a bit of humour into the dry world of regulation!
The model code covers activities in Spot and Forward FX, FX Options, Money Market instruments, interest rate options, forward rate agreements, interest rate and currency swaps, and precious metals. The first part of the new Model Code covers ‘timeless values’ - areas such as morals and ethics, personal conduct, dealing practices and segregation of duties that do not change over time.  In line with how the market has changed in recent times, it now includes topics such as ethics of the FX market in an electronic world as well as chapters specific to the front, middle and back offices.
In discussing the launch with colleagues at Eurobase, David commented on how working with a company that has the firm belief and fully endorses “Integrity in Technology” fits very well with his views and work concerning ethics in financial markets. Commenting on the New Model Code and presenting copies to colleagues, he reminded staff that the need for The Model Code is becoming ever more pronounced; recent events show the need for all practitioners to keep in mind the foundations on which the over-the-counter markets were built. A universal code of conduct, with comprehensive guidelines and best practices which span the whole system, from the detailed processes of the back office right through to the up-to-date functions of the electronic platforms utilised by the front office, will help in providing a moral compass and guidance to which all of us can adhere.

View a copy of the Code online. Or download a .pdf copy

David would be delighted to discuss the New Model Code or any aspect of market regulation with the Eurobase network of contacts – please feel free to get in touch with him to arrange a one on one conversation. 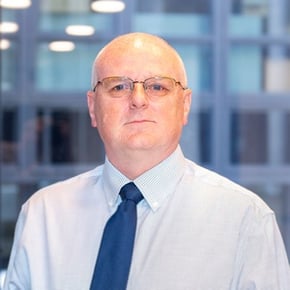 Eurobase wins project with WestLB to supply its Siena eTrader