We hear much more talk regarding electronification and related automation in Fixed Income Markets. The impetus seems to have emerged from the pandemic though data is mixed and sketchy. Reports of some going more to electronic trading are countered by anecdotal reports of an increase in more analogue trading, primarily via the phone and messenger services for less liquid bonds. Either way, a groundswell has built up, and we will likely see some exciting developments in this space.

Fixed Income is no stranger to electronic trading, and on-the-run government bonds having been the front runner with a resultant pick up in liquidity and compression of spreads. However, these developments have been accompanied by a certain amount of market fragmentation. Like other markets, this has attracted High-Frequency Traders (HFT) and non-bank liquidity providers. In addition, during the pandemic, which coincided with an uptick in volatility, many more market participants turned to electronic execution.

All of this has led the larger dealers to move beyond the government securities markets and develop more electronic trading of corporate bonds. However, this seems to be confined to pricing requests for quote (RFQ) in the main but has also seen the development of algorithmic pricing tools and greater automation than hitherto. This has however been hampered by the sheer challenge of getting trading technology to work across all of the Fixed Income asset classes, given the vastly larger universe of the market with many diverse nuances, derivatives, and the sheer number of individual bonds.

A recent survey by Barclays CIB illustrated this well.

Q: What proportion of your trading is executed electronically for Rates and Credit? 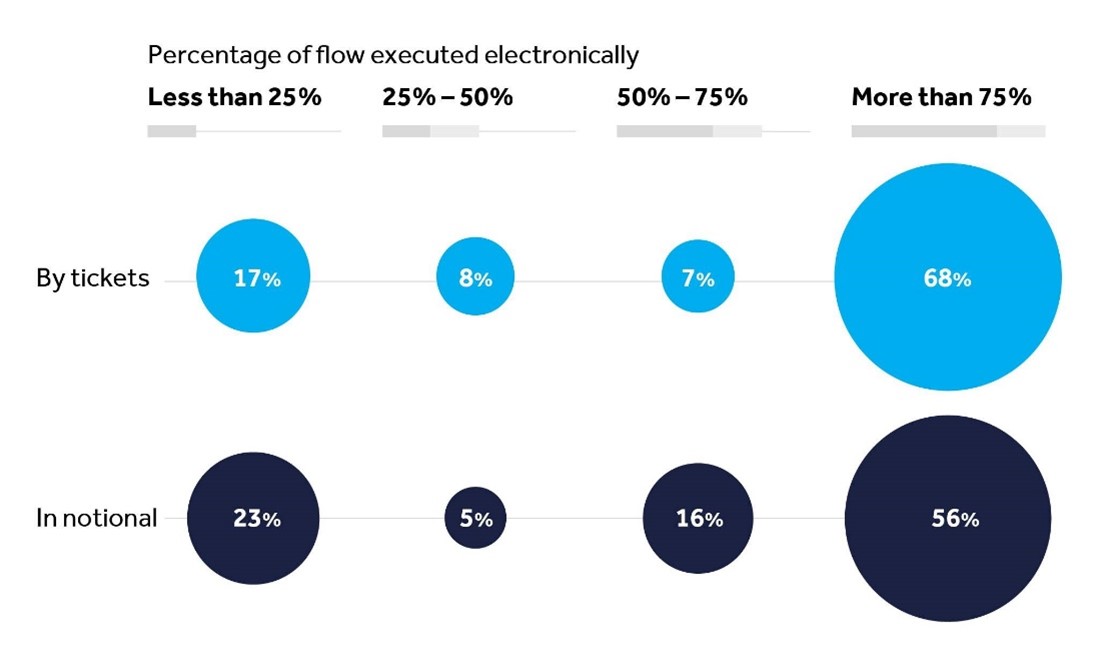 "The survey revealed that the gap between the number of tickets and notional value, for both rates and credits, is closing as investors execute larger trades electronically. The survey also indicates that electronic trading is not focused solely on the most liquid and generic products. For example, more clients indicate they are using electronic trading for emerging market currencies and interest rate swaps.”

By comparison, the more manageable number of currency pairs made the development of e-FX and automation in FX much more feasible. Still, with the quantum leaps in the power of technology, we are nearer to making the same strides in the totality of the Fixed Income and credit worlds. New techniques, such as machine learning and the allusive application of AI, mean that the recent speculation of the pace of adoption of e-trading across the whole of FICC, with full automation available, is within reach. These developments will have repercussions, especially given the regulated nature of the Fixed Income OTC wholesale market.

Regulators have outlined several key measures to promote more transparent Fixed Income markets, among them the requirement for firms to capture and accurately timestamp all orders, quotes and trades (whether electronically matched or otherwise) to meet record-keeping obligations and the necessity to prove best execution. As the electronification of the market gathers pace, we can expect some significant regulatory change beyond just tweaking the current ruleset. Although an initiative such as that undertaken in the FX market that led to the FX Global Code (FXGC), it is unlikely we will see a similar project for Fixed Income.

The conclusion must be we are likely to see the Fixed Income world and the FX/Commodity worlds move much closer together and, no doubt, will see similar debates over specific issues such as “last look”, order priorities alongside the host of points debated in writing the FXGC. In short, we will see a lot of further momentum as we build the e-FICC platform of the future. 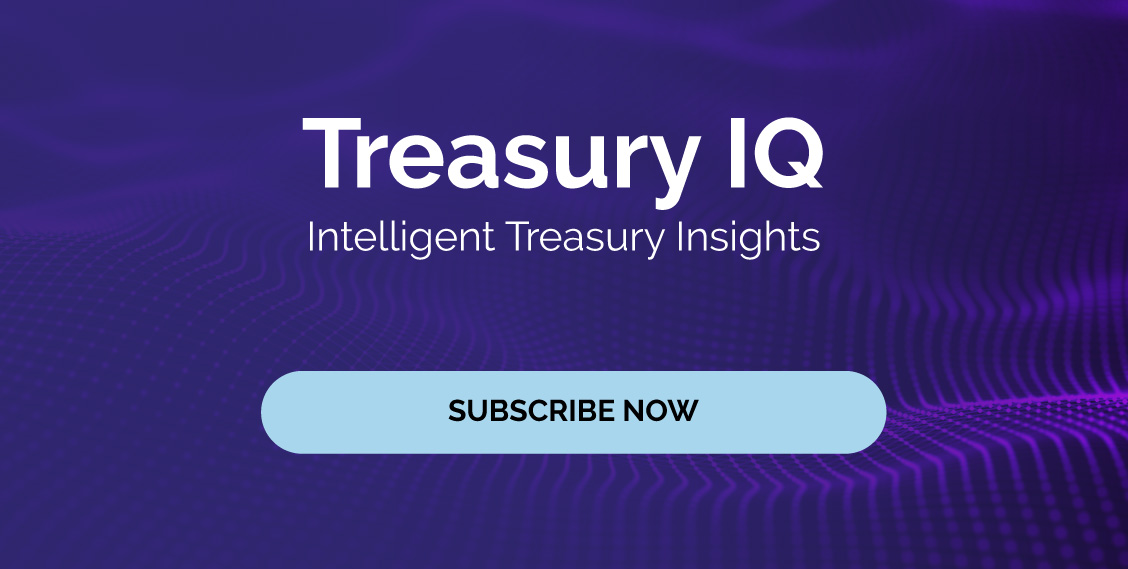 The G20 initiated a roadmap for enhancing cross-border payments, and we received the first consolidated progress report in ...
Start Reading
David Woolcock 27-May-2022 10:50:20 5 min read

We hear much more talk regarding electronification and related automation in Fixed Income Markets. The impetus seems to have ...
Start Reading
David Woolcock 24-Mar-2022 13:09:53 8 min read

Over 100 countries are exploring a CBDC at one level or another with research projects abounding and some actually testing and ...
Start Reading