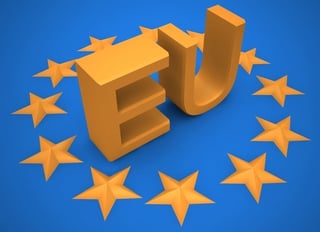 In respect of the trade topic, the arguments for a pro-Brexit campaign include UK companies being freed from the burden of EU regulation without losing trade.  This argument assumes that trade would continue with the EU countries because the UK imports more than they export to them, and consequently the UK would be well placed to be able to negotiate trade deals with other countries on its own terms.

There appears however, not to be a lot of coverage on the potential impact of Brexit on the insurance industry and even more specifically the impact on insurance companies and captives.

On the 10th of February 2016 Lloyd’s Chief Risk Officer, Sean McGovern, gave a speech to the Insurance Institute of London about the potential impact on the London insurance market of the UK voting to leaving the European Union. He indicated that the London Market is “currently controlling more than £60bn of gross written premium. It is a diverse market made of up over 350 firms contributing over 20% of the City’s GDP and employing 48,000”. He stated that “UK membership of the EU confers three very important benefits -

These benefits are, in my view, critical to the success of the London insurance market and its position as the world’s largest specialist insurance and reinsurance centre”. He continues “We should not kid ourselves: the London Market’s access to the EU will not be as good as the access we currently enjoy.”

On May 9th 2016 Captive Review posted an interview with Charles Winter, Head of Risk Finance at Aon Global Risk Consulting, and Mike Stalley, CEO of Fiscal Reps  indicating that, from a captive perspective, there would be a lot of uncertainty following a Brexit, a view that can certainly can be expanded on to represent the situation for insurers and reinsurers as well.

In particular he raised four areas of concern:

Charles goes on recommending that insurance company owners should consider the extent of their exposure to change following a vote in favour of Brexit.

Within the insurance industry, there are also a number of reasons to consider the pro-Brexit campaign.  Cherry Chan of Barnett Waddingham discusses an imperfect single market and regulatory burden.

Could the UK be a more desirable district of business if it were independent?  In an already volatile industry, perhaps the uncertainty of the Eurozone Market is one to leave behind.  We have clear sight of nations such as Switzerland and Norway, who are not members of the EU, striving in a financial market.  Could we follow suit financially and make the most of access to the EU without having to comply with the EU laws and regulation?

With regulation at the forefront of the financial industry, this has to be considered when Brexit is discussed.  Robert Hiscox, retired chairman of Hiscox, recently stated that ‘Regulation is our biggest handicap in the global race and if you add on to it the extra layer of very bad and corrupt government from the EU, the waste of money is phenomenal’.

Solvency II has also been a common topic of conversation and widely regarded as over exaggerated regulation.  Large insurers have expressed the desire to move their headquarters out of London to avoid this type of compliance requirement.  If Great Britain were to leave the EU these large insurers may keep their headquarters in London, maintaining the strength of the market.

One thing is for sure, it will not be a decision to take lightly.  Whilst remaining in the EU provides UK insurance companies with direct access to a large, single market, Brexit itself is unlikely to impact the credibility of the UK insurance industry.  It has been ahead of the game for years and that is not likely to change any time soon.

Whatever the outcome of the referendum, in this fast changing and very volatile environment, it is of the utmost importance to insurance companies to have adequate technology – including state of the art underwriting and claims handling technology – enabling them not only to evaluate current and future exposures but also to be flexible to adapt to the future business needs of those insurance companies. Using the right technology has always given companies an advantage but going forward it will be more and more essential for their survival.