Recent news reports suggest parents, teachers and employers are unhappy about the new GCSE grading system that was used for the first time in pupil results announced two weeks ago. A lack of clarity of the new scoring system has been blamed for the confusion. Anyone currently grappling with financial service regulation may well view this as mere child’s play in comparison to the changes that they are facing. Whilst many of the newer aspects of MiFID II, ISIN’s for Treasury instruments or CONCAT for customers are undoubtedly perplexing in the area of best execution the regulator’s stall has been laid out for some time.

Three years ago in Thematic Review TR 14/13 the FCA could not be clearer about their concerns. ‘Most firms are not doing enough to deliver best execution through adequate management focus, front-office business practices or supporting controls. ‘Firms need to improve their understanding of the scope of their best execution obligations, the capability of their monitoring and the degree of management engagement in execution strategy, if they are to meet our current requirements’.

In recent conversations with firms about MiFID II the focus has often been primarily on the specifics of trade and transaction reporting. Whilst important, it has sometimes been necessary to emphasise the equally crucial measures needed to achieve and acceptable best execution process. Some may even argue that this is the most critical element for delivering on the regulation’s overarching goal of investor protection and trade transparency. The strengthened emphasis on this is reflected in MiFID II article 27, by requiring firms to take all ‘sufficient’ steps to obtain the best possible result for their clients as opposed to the less stringent ‘reasonable’ measures required under MiFID I.

Irrespective of MiFID II, a regulator such as the FCA is already fully capable of punishing insufficiency. Violating its principles for firms failing to deliver best execution, where clients are reliant on them to do so, can result in severe penalties. For example, an asset management firm was fined over £6m in 2015 for breaches in meeting its obligations to clients. Their error was to allow a fund manager to initiate and book fixed income trades which were at variance to market price and for which the firm could not demonstrate best execution.

More recently the FCA have re-stated their intention to focus on weaknesses in a firm’s ability to properly track trade executions and quotes in order to more clearly capture the true nature of activities across multiple asset classes. Products that sit outside the scope of MiFID II should not be left out of firms’ best execution remediation. Don’t just take my word for it. The Head of Markets Policy of the FCA when commenting on the exclusion of Spot FX has indicated that ‘this does not mean that we, as conduct regulator or and more importantly you, as market users, should accept lower standards of behavior or conduct than in regulated markets. It does not mean that the FX spot market is not of acute interest to the FCA as a regulator.’

Under MiFID II reporting requirements there is an equal emphasis between individual trade by trade reporting to ARM’s and APA’s and aggregated reporting of performance under RTS 27 and 28. Similarly, for Best Execution there is a need to consider the overall results across clients just as much as for the elements for any single trade. Without detailed and structured recording of all client dealing interactions then individual trade reconstruction could potentially be cobbled together but the bigger picture would either be impossible to draw or be a false representation of reality. Returning to advice in TR 14/13, ‘the process of delivering best execution must be ongoing and actively compare venues in order to establish that the right choices are being made’.

So, in a year’s time whatever happens with LEI’s, trade reporting, waivers, reference data and systematic internalisation in a MiFIR world the obligations on institutions around best execution are clear. As is the need to prove it.

Don't miss the opportunity to join us at our MIFID II 'mind the gap' breakfast briefing on September 21st at 8 Fenchurch Place.  Find out more or register your place here. 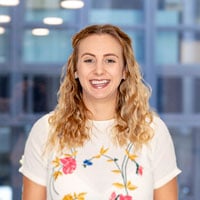 Africa – a Continent with Bulls

Sub-Saharan Africa is alive with change and what once may have been dismissed as disorganised and muddled economies now evokes ...
Start Reading
Bill Strachan 24-Jul-2012 10:20:00 4 min read

e-Forex - the Dawn of a New Era