BEPS – International Tax Compliance for Captives - and their Parent Companies

The OECD BEPS (Base Erosion and Profit Shifting) strategy 2015 is currently being rolled out globally. With many corporations in a preparation phase, the impact on the captive insurance market is starting to cause concern.

In a recent interview with Thomson Reuters, Mr. Pascal Saint-Amans (Director OECD Centre for Tax Policy and Administration) indicates that the OECD is currently negotiating with 96 countries. Also, that by 2017 most of the developing countries will have been provided with tool kits which will cover issues like tax incentives and transfer pricing documentation. These tool kits will be linked to the global BEPS inclusive framework of the participating countries, which means there will soon be no escape from BEPS on this planet.

There are many excellent whitepapers available on the internet describing the above factors, their impact and how to comply in great detail, such as the recently published Aon thought leadership whitepaper.

There are currently around 7,000 captives globally. They are being recognised in both the Solvency II EU Directive from 2009 and the IAIS Application Paper on the Regulation and Supervision of Captive Insurers from November 2015 as risk management instruments and genuine insurance.  The OECD BEPS strategy however, has in their Final Action Plan referenced them as potential tax evasion vehicles.

What the current OECD BEPS strategy does not cater for, is the fact that captives are – with very few exceptions - not commercial risk carriers but corporate risk management tools. As such they are very close to their parent company. Therefore, under Solvency II and the 68 current captive hub jurisdictions, the proportionality principle is applied taking into consideration that the majority of captives are simple operations by nature, size and complexity. They will insure mostly either only parent risk and / or associated risk such as risk of its parent’s subcontractors, employees or clients.

This would, in particular, relate to the application of substance requirements. The fact is that most captives do not write industrial quantities of policies and don’t have large numbers of claims. This alone should result in the OECD BEPS strategy recognising that outsourcing these activities instead of having permanent employees is the only economically viable option. Enforcement of every single BEPS Action Point to the letter would probably result in a disproportionate number of captives having to close down. The further impacts of this could be more insurance on the commercial insurance market which could drive premiums up, or further drive for the alternative risk transfer market, such as ILS.

Another sensitive area is the fact most captives are owned by a parent who is not a commercial insurance carrier and who might not even be in the financial services industry. IAIS is taking the view that “the board of the captive should focus on risks that are specific to the captive. Risk tolerance limits for a captive will, to a large extent, be guided by the willingness of the parent company to provide capital and by the risks that are offered to the captive by its parent company.” However this would be in sharp contradiction to the OECD BEPS strategy wanting the captives to be run without applying the proportionality principle and the arms-length principle to full extent. In recent days, we have seen calls for the OECD to grant captives a similar status to that which they have under Solvency II.

The most sensible approach for captives now is probably to work very closely with the parent company to make sure BEPS compliance is being looked at across the entire corporate conglomerate. More than ever it is vital to remember that data is the biggest asset any company can have. To have an IT system in place enabling a captive to be able to report on reliable data will help a captive to support compliance with the key areas identified above as well as proving its value to the parent company by providing detailed reporting to all relevant stakeholders 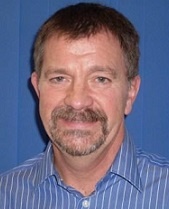 The outlook for the MENA insurance market is extremely positive for 2013, with projected double digit growth. However, as ...
Start Reading
Kathryn Emerson 09-May-2016 10:00:00 2 min read

Are you ready for C Day?

The aptly named (by Eurobase) C Day, or Complaints Day, was June 30th 2016.  I’m sure you are already fully aware that the ...
Start Reading