Banks saying farewell to LIBOR could lead to some uncomfortable judgements

LIBOR, which stands for ‘London Interbank Offered Rate’ is a benchmark interest rate that is currently used across a wide range of financial contracts both on and off balance sheet. Currently contracts in excess $370 trillion are reliant on LIBOR benchmark rates. As things currently stand, the LIBOR rate that appears on pages of a Reuters (or other) screen could go blank on 1st January 2022.

So what are banks doing about it from a legal perspective? According to the Bank of England, not enough. The total of LIBOR derivatives is actually increasing. The FCA recommends adding fallback clauses to contracts now for when LIBOR disappears. Unfortunately there is no unambiguous clear alternative yet. SONIA and SOFR (RFR’s), for example, are primarily an overnight rate without the fully developed comparable forward rate values that LIBOR provides. With so much uncertainty, there is understandably little appetite to revisit and adjust contracts until clear guidance is at hand and alternative liquid markets have developed.

So what will happen if banks do nothing? From a legal perspective, there are three possible scenarios if the parties cannot agree and it is handed over to the courts to decide. Warning: none of the following is very appealing!

The court takes an objective approach and aims to identify the intention of the contracting parties. It considers not only the clauses in question but also the factual and commercial context. It cannot take into consideration subjective evidence of either party such as prior negotiations, expert witnesses, letters, e-mails etc.

If two parties cannot agree then one of them can ask the courts to interpret the true meaning and effectively imply a clause not previously agreed. Again this involves the court taking an objective view of the commercial intent. However, this normally relates to missing or ambiguous wording rather than a clearly worded rate that potentially no longer exists.

3. The doctrine of frustration:

In this scenario, where it is deemed that either party can no longer fulfil their obligations due to some event beyond their control, then the court can discharge both parties from all their commitments under the contract. However, this not only applies to future payments but effectively means the contract is null and void resulting in the return of all previous payments as well. The decision is arbitrary and automatic in that frustration renders a contract terminated forthwith.

No wonder the FCA and other authorities are encouraging banks to act now. 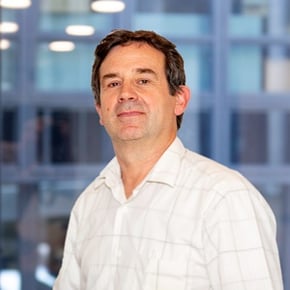 LIBOR is going nowhere fast. With $370 trillion of outstanding notional swaps tied to it, the desire to wean markets off this ...
Start Reading